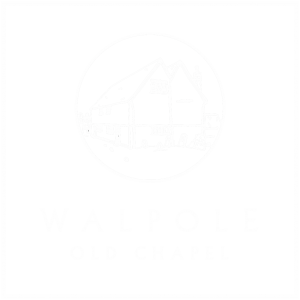 How a Suffolk Farmhouse became a Chapel

Suffolk has always shown a strong independence of mind. So it is no surprise to find a very early Independent (or Congregational) religious body establishing itself in this area — meeting at first in local dwellings and then, 30 years or so later, converting this late 16th century farmer’s house into what is now recognised as a unique religious building. The congregation had first met in Cookley, just across the River Blyth, in 1649. Charles I had been executed only six months before. Cromwell’s parliamentary forces had all but won the bloody Civil War. In no county had support for his cause been stronger. But civil and religious turmoil reigned. The Church of England had been abolished. Within the new Commonwealth there was much disagreement about what should succeed it.

These Suffolk puritans — heirs of a hundred years of dissent within the Church — called themselves Independents because they rejected any external control, would not belong to any organised church. They had parted from the Church of England but equally they could not accept the Presbyterianism which had taken its place. They believed they should be able to worship in their own way, run their own affairs, choose their own minister, that worship should be simple and unadorned. They trusted absolutely in the literal authority of the Bible. They regarded themselves as ‘God’s Elect’, predestined for salvation.

The leader of this tendency in eastern Suffolk and Norfolk at this time was William Bridge. He was an influential puritan, ordained in the established church, who had fled from Norwich to the Netherlands to escape Stuart persecution. After being pastor of the English refugee church at Rotterdam, he returned to take a prominent place in the Westminster Assembly of Divines which had been set up by the Long Parliament to make the English church more thoroughly Protestant. Some thought this could be done from within. But Bridge was one of those who believed it could only be achieved by breaking away and following a separate path. The congregation here was one of the dozen or so stimulated from his own church at Yarmouth.

The Yarmouth Church Book, preserved in the Norfolk Record Office, records that on 21 June 1649 ‘ye saints in and about Coukley’ asked Bridge’s church for ‘ye right hand of fellowship in this their great undertaking’. These ‘saints’ were not only devout locals but also several relatively well-known and ordained men, some of whom had been contemporaries at Emmanuel College, Cambridge, a centre of puritan teaching. They were Samuel Manning, who was to be minister here for nearly 50 years, his brother John, their close friend Thomas Spatchet, and John Tillinghast, nephew of the regicide Robert Tichbourne. Tillinghast was a leading member of the Fifth Monarchists who believed that the Independents should govern the country until Christ himself returned to take the vacant throne as King. The first minister here, Samuel Habergham, was of the same persuasion. During the ten years of the puritan Interregnum, such ministers held the office of local parish priests but followed nonconformist practice - no surplice, no sign of the cross, no kneeling, and a great emphasis on preaching, hence the commanding position of Walpole’s pulpit.

When the Anglican bishops returned to power with Charles II, the clergy were required to conform to the new restrictive Act of Uniformity. A great many Independents and other dissenters refused and were expelled from their livings. Nonetheless they went on preaching (sometimes under licence) in their own or other houses. As a result they suffered under one of the most severe campaigns of religious repression in English history: surprise raids on dissenting meetings by the magistrates’ constables, imprisonment and heavy fines. The Mannings of Walpole suffered with them. These hardships would have been even greater if sympathetic gentry had not given them shelter and support. In these parts the Brewster family, ten miles north at Wrentham, one of whom was an MP in the Long Parliament and had commanded a ‘troop of horse’ in Cromwell’s army, was a noted example. Another was the remarkable Lady Brooke, four miles south at Yoxford. She was a theologian who gave Samuel Manning much succour in hard times. In 1676 he published a sermon in gratitude to her.

Very slowly the climate of repression improved and dissenting congregations felt safer. It was possibly this change which prompted the enlargement of this building and finally turned the original 16th century building into the meeting house we see today. They certainly would have been freer to do so after 1689, when the firmly Protestant king William III had succeeded the Catholic James II. Parliament’s Act of Toleration went some way towards giving dissenters ‘the sunshine of liberty’. They did not, however, gain the right to university entrance or the holding of public office for another century and a half. We know that it was in 1689 that the six trustees of the Walpole congregation received a lease on this building and an acre of land from the Corporation of Southwold. The annual rent was ten shillings. These trustees were local men of some substance: Richard Whincop, gentleman, and Joshua Nunn, yeoman, of Spexhall; Thomas Reeve, yeoman, and Samuel Folkard, grocer, of Walpole; John Fella, cordwainer, and John Hugman, glover, of Halesworth. It is not known how the town of Southwold came to own land in Walpole, but the site was probably part of the surrounding farm leased at that time to Joseph Skoulding, named as occupier of this building. It is possible that the land may once have belonged to the dissolved Sibton Abbey which had sizeable holdings in Walpole.

After the end of the 18th century this place did not retain its prominence. There was a substantial drift of country people into the towns. And the founding of Halesworth’s own Independent church in 1793 must also have reduced the numbers who drove, rode or walked to Walpole on Sundays. Moreover, the Primitive Methodists opened a chapel here in the l860s. During its last 100 hundred years this congregation showed a stubborn determination to survive. If it had not been so, Victorian opinion that the place was disgracefully shabby might have prevailed and the building lost.
In 1958 the congregation had become so small that trusteeship was passed from local people to the Suffolk Congregational Union, the chapel being formally closed in 1970. 25 years of uncertainty followed - with at least one attempt to sell the building as a house - until in 1995 it came into the care of the new Historic Chapels Trust.

The Historic Chapels Trust was established in 1993 to take into its ownership redundant chapels and other places of worship in England of outstanding architectural and historic interest, securing for the public benefit the preservation, repair and maintenance of such buildings including their contents, burial grounds and curtilages.

Walpole Old Chapel was the second property acquired by the HCT in 1994. The Trust is now the custodian of a remarkable collection of some of the most important Grade I and Grade II* listed places of worship in England that tell the story of the Nonconformist and Catholic traditions of this country from the 17th to 20th centuries. They illustrate a variety of architectural designs and scale and represent a range of non-Anglican denominations including Baptist, Methodist, Quaker, Presbyterian, Unitarian and Roman Catholic.Once the Trust has acquired a building and supervised the necessary repairs, it is made accessible to the public. Occasional services continue to be held in them.